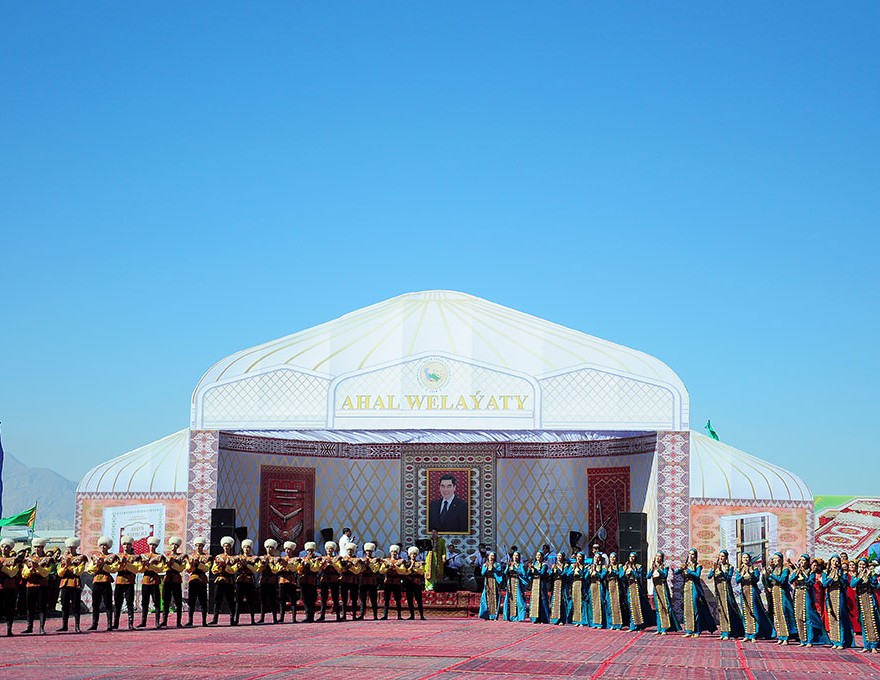 On October 8, 2018, a solemn ceremony for laying the foundations of modern villages in the territories of Kopetdag and Ovadendepe districts of Gokdepe province and Bakherden fine carpet producing enterprise building was organized. Province and district mayors, respected elders, the representatives of public organizations, media and local citizens attended these ceremonies. Upon the instruction of the Chairman of the Mejlis (parliament), Serdar Berdimuhamedov as the head of delegation comprise...

On October 5, 2018, a meeting was held at the Ministry of Foreign Affairs of Turkmenistan on the implementation of initiatives of the President of Turkmenistan, announced at the 73rd session of the UN General Assembly. The meeting was attended by representatives of the Ministry of Foreign Affairs of Turkmenistan, rectors of a number of higher educational institutions of the country, political scientists, leaders and representatives of embassies and international organizations accredited in Tu... 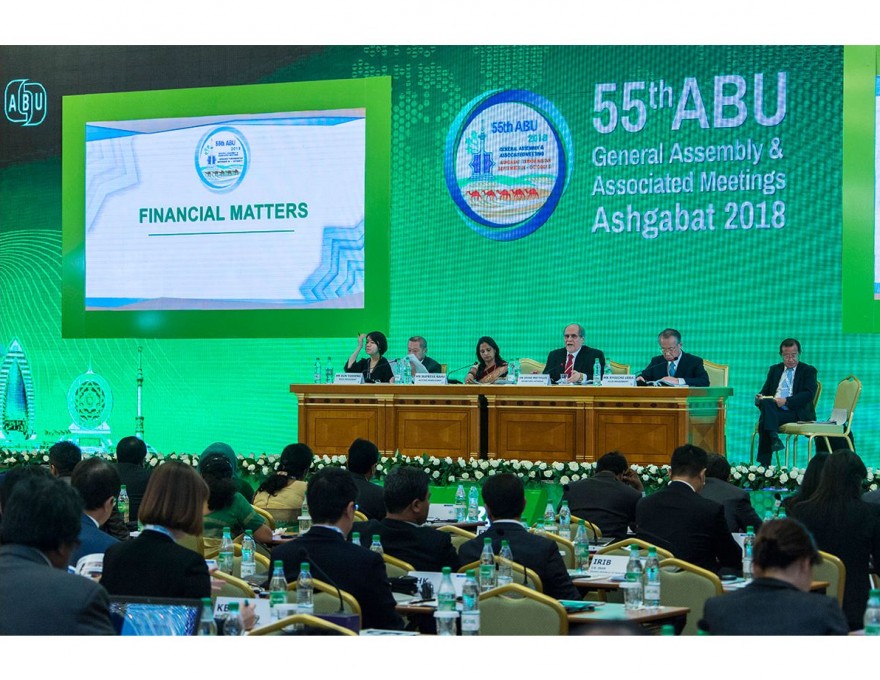 On October 4, 2018, the grand opening of the 55th meeting of the General Assembly of the Asia-Pacific Broadcasting Union (ABU) took place in the Turkmen capital. From the Turkmen side, the opening ceremony was attended by members of the government, heads of the State Committee of Turkmenistan on television, radio broadcasting and cinematography, domestic media, specialized faculties of universities, and journalists from leading foreign news agencies accredited in our country. In the welcom...

A BRIEFING WAS HELD IN THE CAPITAL HOTEL "SPORT"

On October 3, 2018, in the capital Hotel Sport, a briefing was held on the topic of sports policy of Turkmenistan and the holding of the World Weightlifting Championship in October 28 - November 10, 2018 in our country. The briefing was attended by the representatives of the National Olympic Committee, the Ministry of Foreign Affairs and the Ministry of Sport and Youth Policy of Turkmenistan, students, professors and teachers of the Turkmen National Institute of Sports and Tourism, foreign jo... 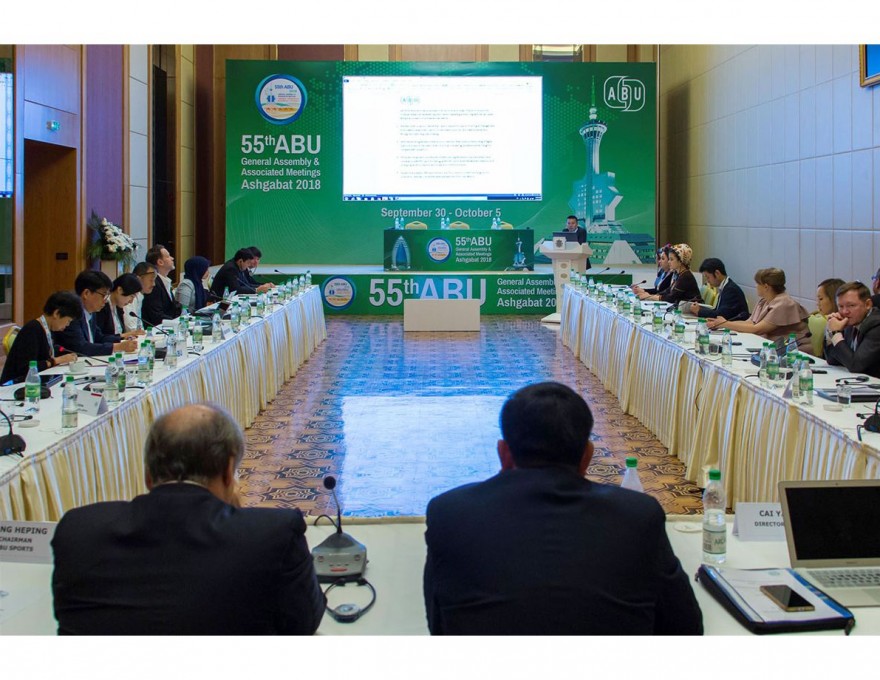 The following events were held in Ashgabat on October 2, 2018 within the framework of the 55th session of the General Assembly of the Asia-Pacific Broadcasting Union (ABU): a meeting of the Technical Group, the seventh forum of women, a seminar on quality management, a seminar of managers, a meeting of radio workers, a planning and strategizing group, a program committee, a meeting on financing television sports rights, and the VII Song Festival. In the evening of the same day, at the end of... 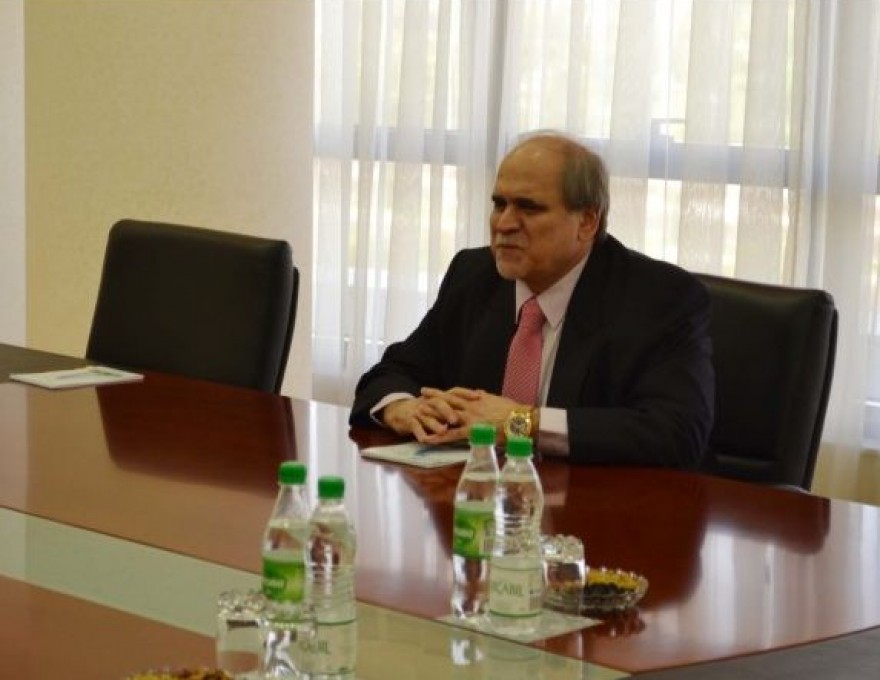 On 2 October 2018, a meeting was held at the Ministry of Foreign Affairs of Turkmenistan with Dr.Javad Mottagi, the Secretary General of the Asia-Pacific Broadcasting Union (ABU). During the meeting, the Turkmen side declared its readiness to further develop cooperation with ABU, especially in making its contribution to the development of the media. Dr. Javad Mottagi, first of all, expressed his gratitude to the distinguished President of Turkmenistan Gurbanguly Berdimuhamedov for the oppo...