On April 15, 2020, in the building of the Ministry of Foreign Affairs of Turkmenistan, negotiations were held with the Secretary General of the International Exhibitions Bureau, Mr. Dimitri Kerkentzes, in a video conference format. During the videoconference, the parties noted the high level of cooperation between Turkmenistan and the International Exhibitions Bureau on a wide range of issues and discussed the importance of the international exhibition EXPO - Dubai. During the online negot... 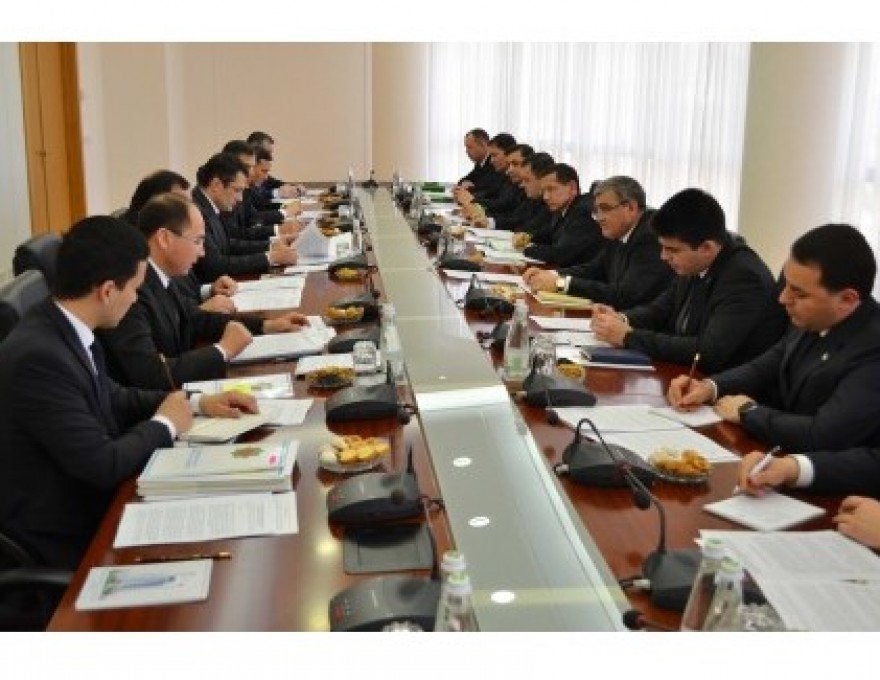 On April 15, 2020, the successive meeting of the Governmental Commission for studying the issues, connected with the membership of Turkmenistan in the World Trade Organization was held in the Ministry of Foreign Affairs of Turkmenistan.  The meeting chaired by the Deputy Minister of Foreign Affairs of Turkmenistan was attended by the representatives of relevant ministries and state bodies of the country.  During the meeting, the participants considered a number of priority issues pertaining t...

TURKMEN-UKRAINIAN POLITICAL CONSULTATIONS WERE HELD IN A VIDEOCONFERENCE FORMAT

On April 15, 2020, political consultations were held in the form of a videoconference between the foreign policy agencies of Turkmenistan and Ukraine at the level of the Deputy foreign ministers of the two countries. Having exchanged warm greetings, the parties noted the friendly character inherent in Turkmen-Ukrainian relations. During the consultations, the parties discussed a wide range of issues related to priority areas of political relations between the two countries. Also, during th...

Today, on April 15, 2020, in the building of the Ministry of Foreign Affairs of Turkmenistan, the first meeting of the Coordination Commission for the implementation of the Action Plan for 2020 was held as part of the "Program for the Development of Turkmenistan's Foreign Economic Activities for 2020-2025." The meeting was attended by heads and representatives of more than 30 ministries and departments of Turkmenistan, including the Mejlis, the ministries of education, health and medical... 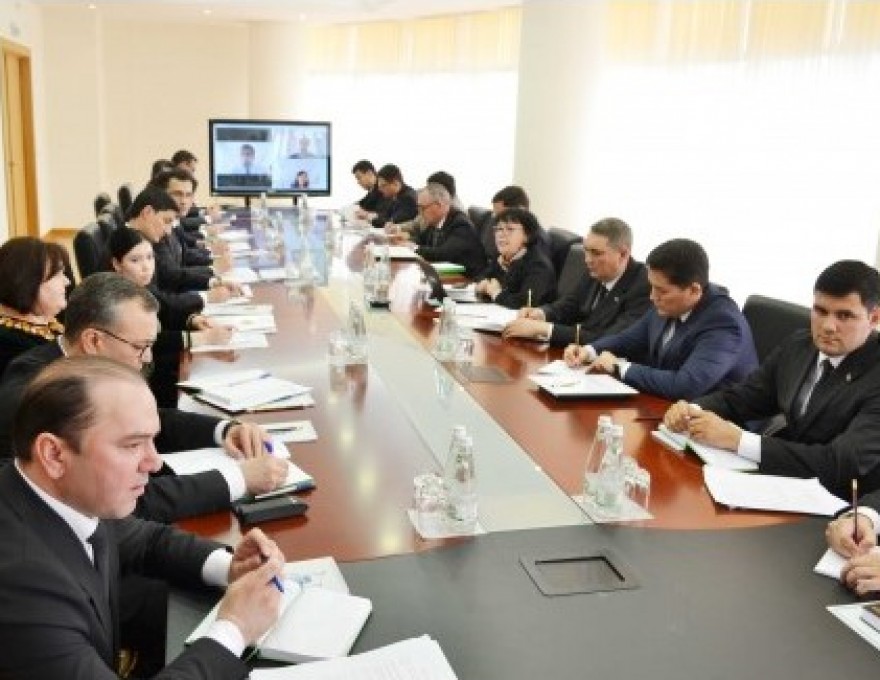 On the 14th of April 2020, a working meeting was held in the premises of the MFA of Turkmenistan between the representatives of the Ministry of Foreign Affairs and a number of other state ministries and departments of Turkmenistan on the issue of joining international documents of the United Nations, particularly the agreements and conventions in the field of sustainable transport.  The international experts have also participated to the session through videoconferencing. During the session,... 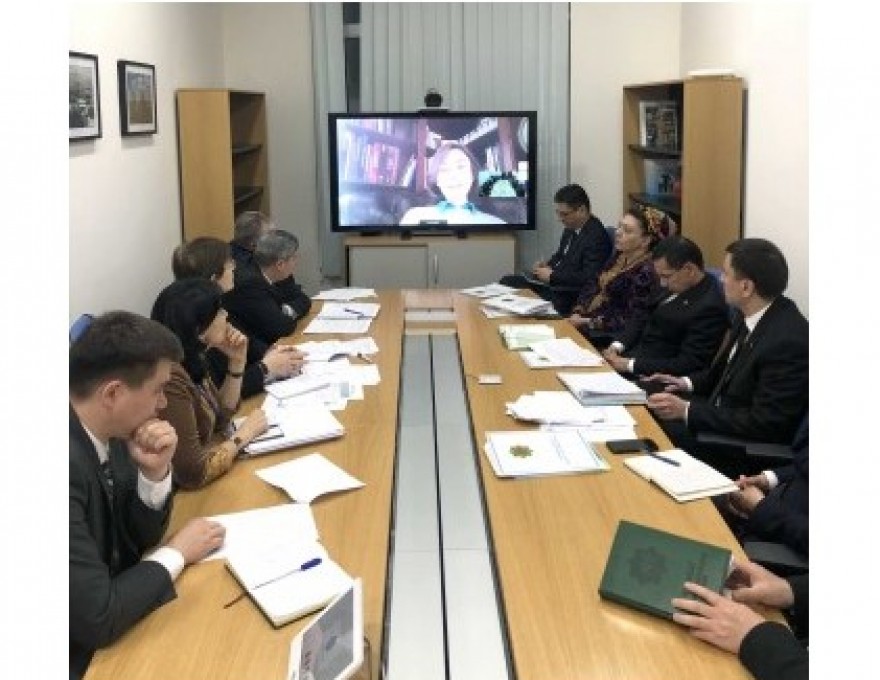 A VIDEOCONFERENCE MEETING WITH THE HEAD OF IMF MISSION TO TURKMENISTAN

On April 10, 2020, a meeting in the video conference format with the Head of the International Monetary Fund Mission to Turkmenistan Natalia Tamirisa was held in the UN Building in Ashgabat.     The Turkmen side was led by the Deputy Minister of Finance and Economy of Turkmenistan.  The representatives of the Ministry of Foreign Affairs of Turkmenistan and the Central Bank also took part in the session.   During the meeting, the parties discussed the issues of economic nature pertaining to...

Today, on the 10th of April 2020, President of Turkmenistan Gurbanguly Berdimuhamedov took part in the extraordinary Summit of the Turkic Council upon the invitation of the President of the Republic of Azerbaijan Ilham Aliyev who is chairing the Cooperation Council of the Turkic-speaking States.   The Summit which was held through videoconferencing united the Heads of States of Azerbaijan, Kazakhstan, Kyrgyzstan, Turkmenistan, Turkey and Uzbekistan.  The Prime Minister of Hungary, Secretary-G...