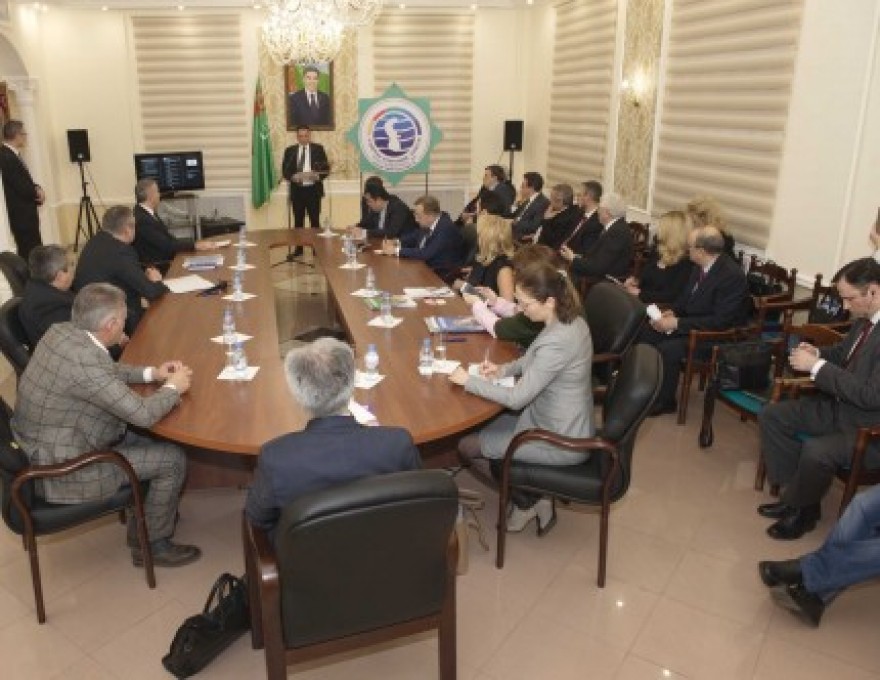 The International scientific-practical conference named “The Caspian Sea – a Sea of Opportunities” was held in the Embassy of Turkmenistan in the Russian Federation. The Conference that has brought together the representatives of the Russian business, professional and scientific societies, as well as the diplomatic corps accredited in Moscow, was dedicated to the First Caspian Economic Forum which will be held in Turkmenbashy city on the 12th of August this year.    The organizers of the Conf...

On the 10th of April 2019, President of Turkmenistan Gurbanguly Berdimuhamedov has participated in the ceremony of laying the foundation of the new city, Ahal province’s administrative city that will be built on the territory of Geoktepe etrap. This step serves as an illustrative example of implementing the national policy of Turkmenistan reflecting the social-economic growth of the country. The Chair and deputies of the Parliament of Turkmenistan, members of the Cabinet of Ministers of Turkm...

On the 10th of April 2019, the WHO European High-Level Conference on Non-Communicable Diseases “Meeting non-communicable disease targets to achieve the Sustainable Development Goals in Europe” has successfully ended in Ashgabat. During the second day of the session, the participants spoke about the significance of strategic partnership between the countries and international organizations, particularly with the UN agencies and non-governmental entities. In this context the necessity of provid...

On the 9th of April 2019, the WHO European High-Level Conference on Non-Communicable Diseases “Meeting non-communicable disease targets to achieve the Sustainable Development Goals in Europe” has started in the “Yildiz” hotel of Ashgabat city. The heads and representatives of the Ministry of Health Protection and Medical Industry of Turkmenistan, European Regional Office of the World Health Organization, as well as the responsible representatives working in the sphere of healthcare from aroun...