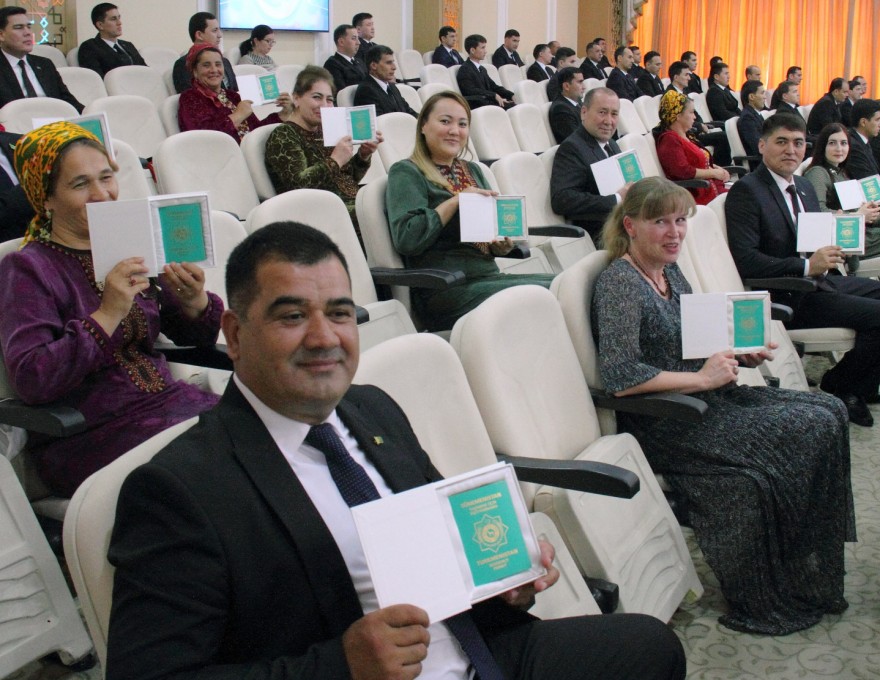 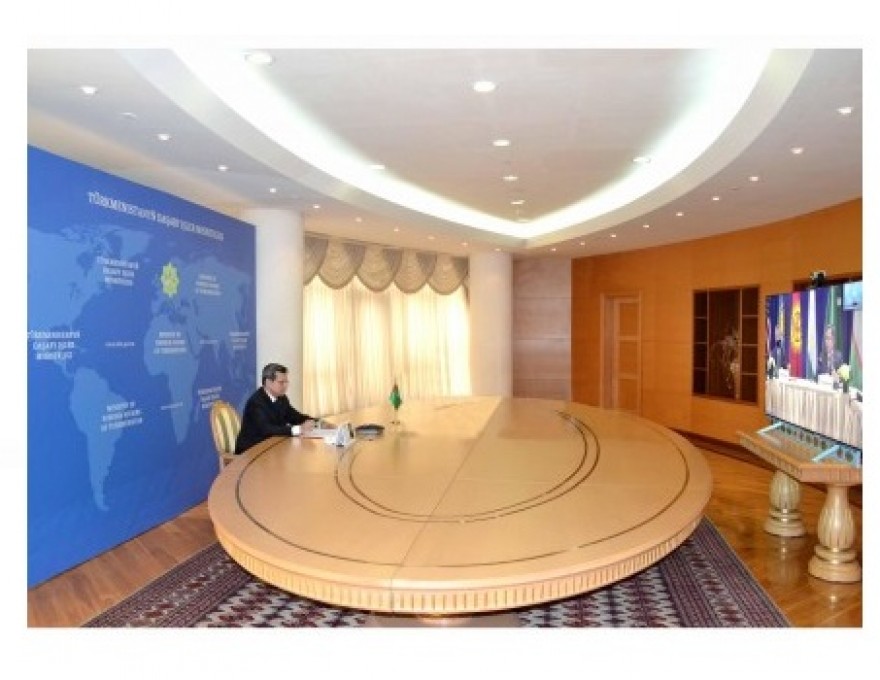 On the 22nd of September, 2021, on the margins of the 76th session of the UN General Assembly a meeting of the Ministers of Foreign Affairs of the Central Asian countries and the U.S. Secretary of State was held in a hybrid “C5+1” format. The U.S. Secretary of State and the Ministers of Foreign Affairs of Kazakhstan, Kyrgyzstan, Tajikistan, Turkmenistan, and Uzbekistan reiterated the importance of the C5+1 regional diplomatic platform, noting its utility in facilitating critical conversations... 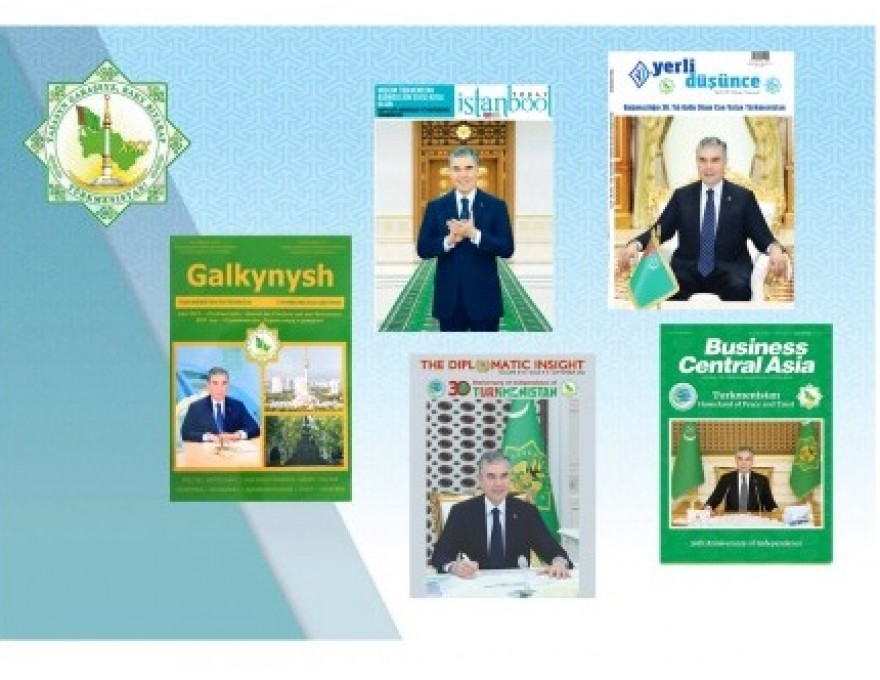 In 2021, which was proclaimed as the Year «Turkmenistan ­– the Motherland of Peace and Trust», Turkmen state is celebrating the 30th anniversary of its Independence. Different events and celebrations are held to mark this important date in Turkmenistan and abroad, and special illustrated publications are issued to mark Turkmenistan’s achievements in the years of independence. For instance, in the run-up to the holiday special issues of magazines «Yerli düşünce» and «Istanbool Today» in the Re...

On September 22, 2021, an online meeting was held between the Minister of Trade and Foreign Economic Relations of Turkmenistan O.Gurbannazarov and the Deputy Minister of Foreign Affairs of Turkmenistan B.Matiyev with the Chief International Participant Officer of «Expo Dubai 2020» Omar Shehadeh. During the talks, the parties noted the high level of cooperation between Turkmenistan and the United Arab Emirates on a wide range of issues and discussed the significance of the international exhibi... 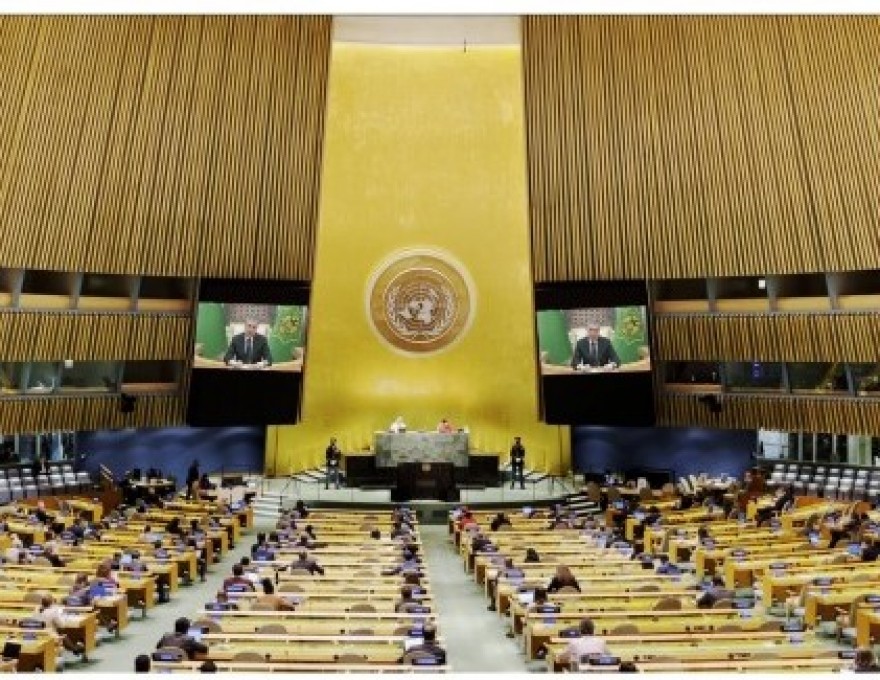 Today, on September 22, President of Turkmenistan Gurbanguly Berdimuhamedov made a video address to the participants of the 76th session of the United Nations General Assembly. In his speech the Head of Turkmenistan defined the priorities of interaction of the world community on the platform of a global organization – the UN. It was especially emphasized that the subject of trust and dialogue culture initiated this year should be the focus of global attention and become permanent element o... 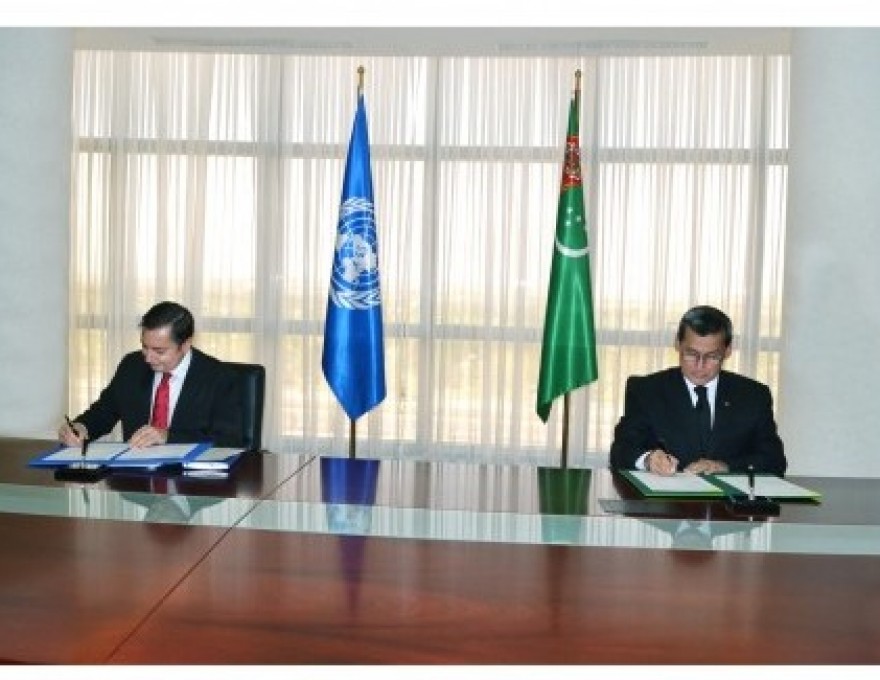 Today, on September 21, there was a ceremony of signing the Joint Program with the UN titled: “Raising awareness and engaging youth to mitigate the multidimensional risks and threats posed by the global pandemic”. From Turkmen side the document was signed by the Minister of Foreign Affairs of Turkmenistan Rashid Meredov. From UN side the document was signed by the UN Resident Coordinator in Turkmenistan Dmitry Shlapachenko. The given project is aimed at strengthening the capacity of govern... 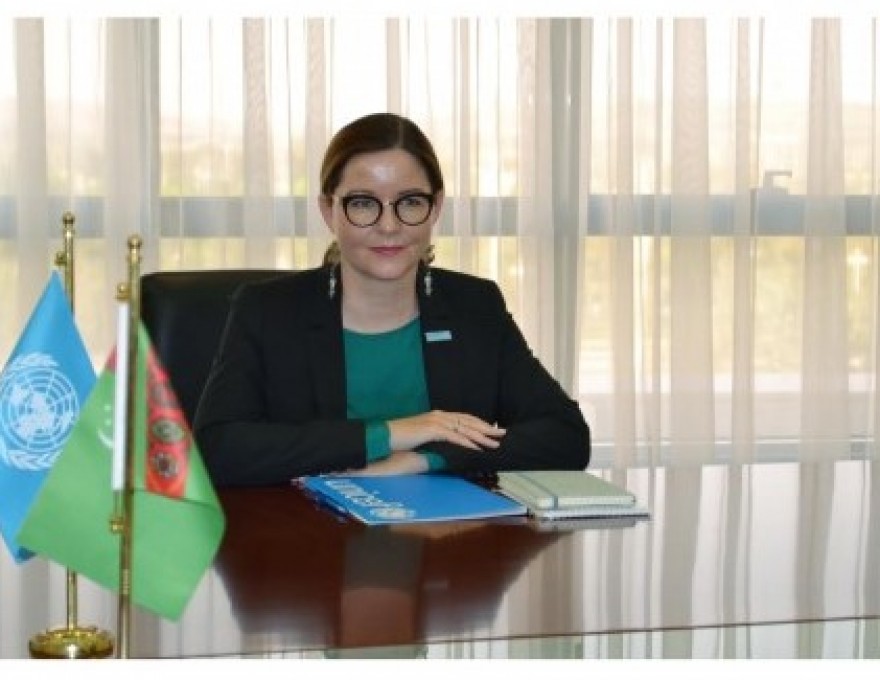 On September 20, 2021, a meeting of the Minister of Foreign Affairs of Turkmenistan Rashid Meredov was held with the UNICEF Country Representative in Turkmenistan Christine Weigand, who is completing her diplomatic mission in the country. During the meeting the parties noted the successes achieved and perspectives of further build-up of perennial constructive dialogue. It was underlined that for many years in Turkmenistan the National Strategies and joint projects which are aimed at improveme...