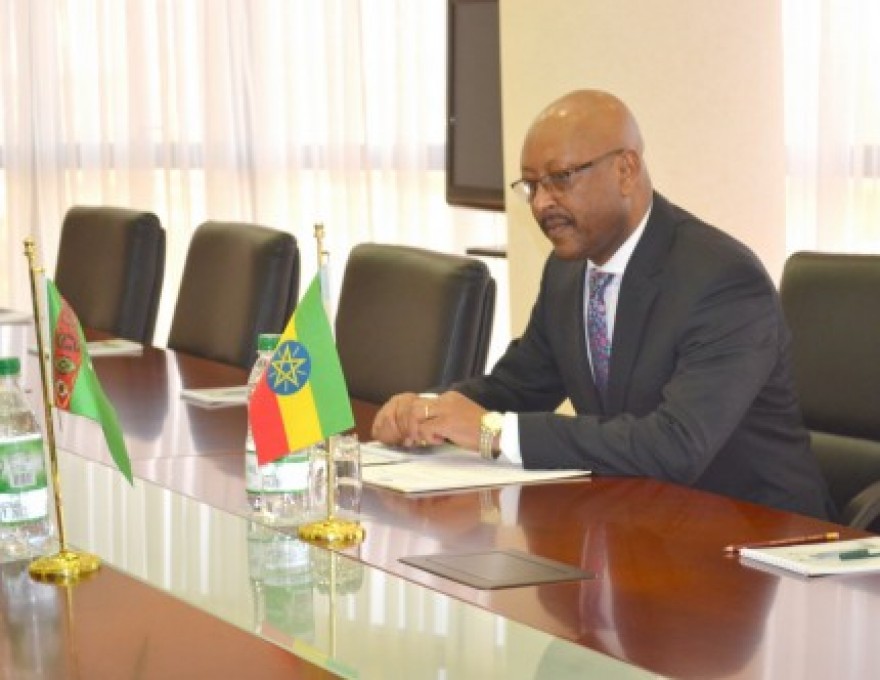 THE AMBASSADOR OF ETHIOPIA PRESENTED COPIES OF HIS CREDENTIALS

On December 19, 2019, at the Ministry of Foreign Affairs of Turkmenistan there was a meeting with the new Ambassador Extraordinary and Plenipotentiary of the Federal Democratic Republic of Ethiopia in Turkmenistan (with residence in Ankara) Mr. Girma Temesgen Barkessa, who arrived to Ashgabat on a working visit. The Ambassador presented copies of his credentials to the Turkmen side and assured that he will make every effort to bring bilateral relations to a new level of cooperation. Noting...

On December 18, 2019, in the Turkmenistan Hall of the UN Geneva Branch, a meeting of SPECA Ambassadors was held to discuss the outcome of the "SPECA Days" of the UN Special Program for the Economies of Central Asia (SPECA), which took place on November 18-21 this year in Ashgabat. The meeting was attended by the Executive Secretary of the United Nations Economic Commission for Europe (UNECE) O. Algaerova, Representative of the Visegrad Foundation, Ambassadors and diplomats of SPECA countries,... 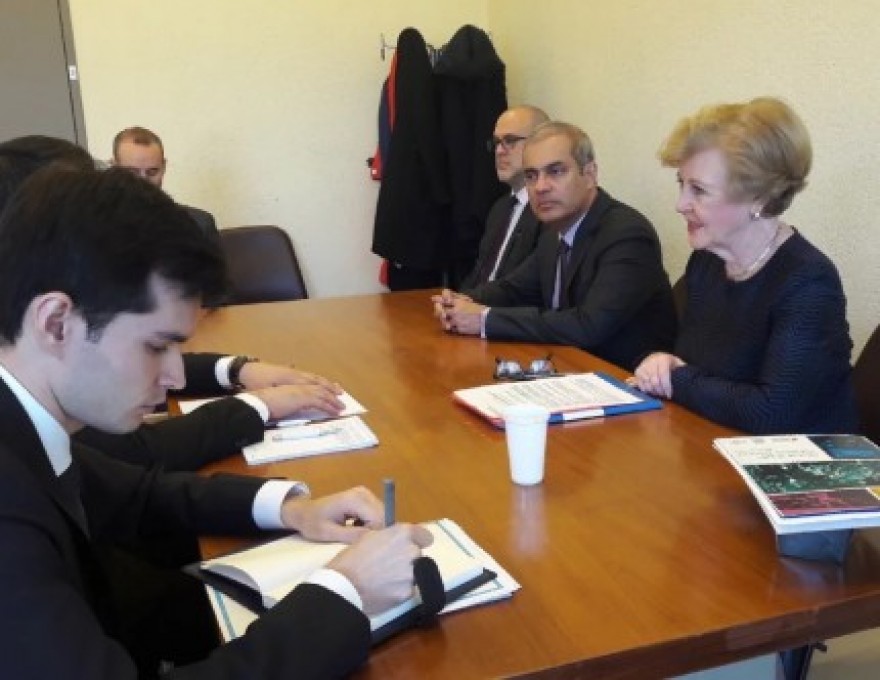 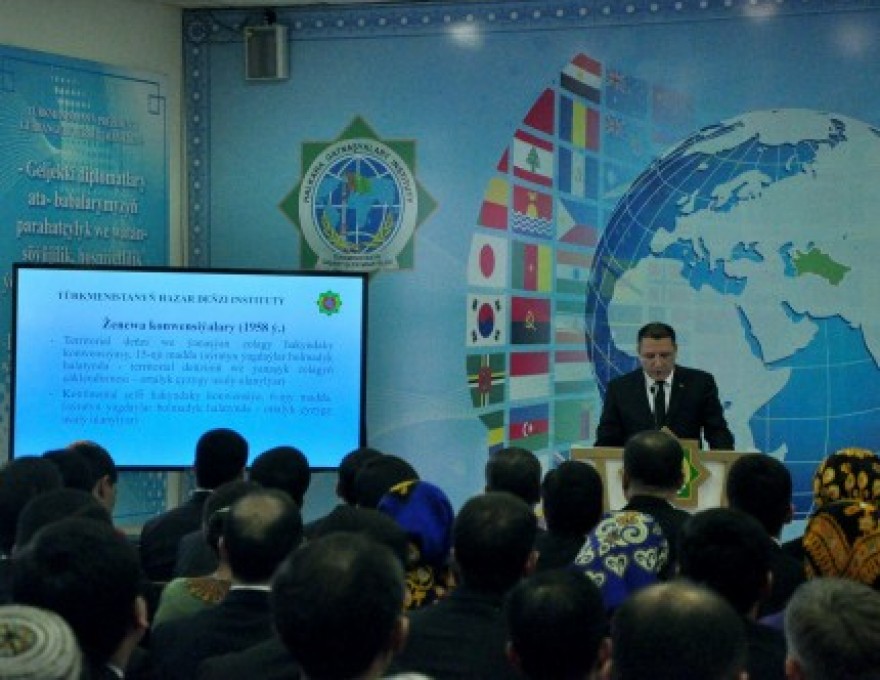 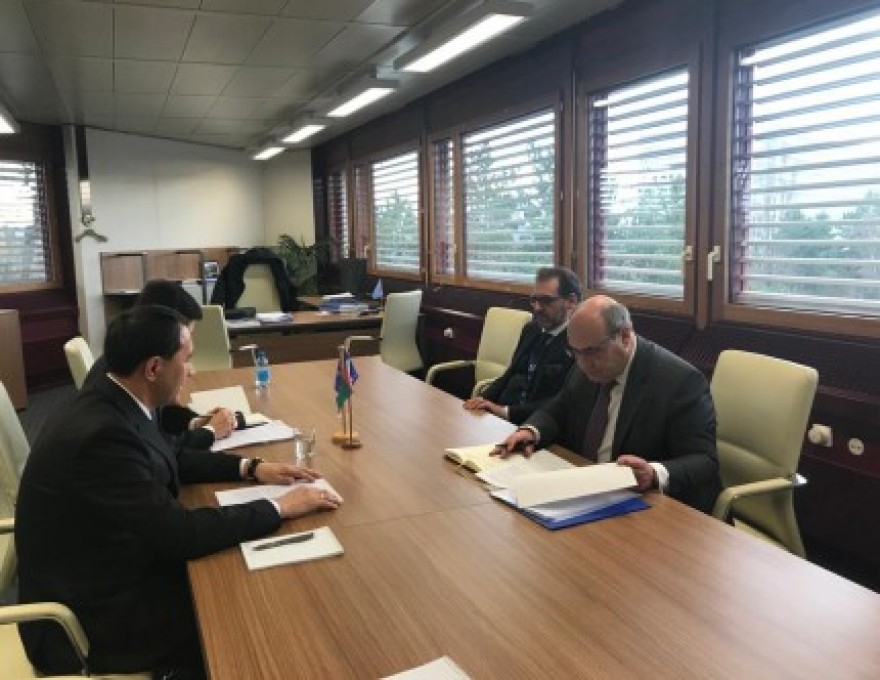 THE DELEGATION OF TURKMENISTAN HAD A MEETING WITH THE DIRECTOR GENERAL OF THE INTERNATIONAL ORGANIZATION FOR MIGRATION A.VITORINO

On December 17, 2019, within the framework of the First Global Refugee Forum, a delegation headed by the Chairman of the State Migration Service of Turkmenistan had a meeting with the Director General of this organization Antonio Vitorino in the Central Building of the International Organization for Migration (IOM). During the meeting, the parties noted the positive practice of cooperation between Turkmenistan and IOM. It was especially noted that the issues of ensuring the rights of refugees...

TURKMENISTAN SENT ANOTHER BATCH OF HUMANITARIAN AID TO BROTHERLY AFGHANISTAN

On December 17, 2019, in the town of Turgundi of the province of Herat of the Islamic Republic of Afghanistan, celebrations were held on the occasion of the transfer of powerful electric power equipment for the needs of the economy of a friendly country. In accordance with a document signed by the President of Turkmenistan in November of this year, a transformer of 220/110/10 kV with a capacity of 125 MW and auxiliary equipment are transferred to the Afghan side as humanitarian aid. This will...